How To Settle An Insurance Dispute

Home » General Blog » How To Settle An Insurance Dispute 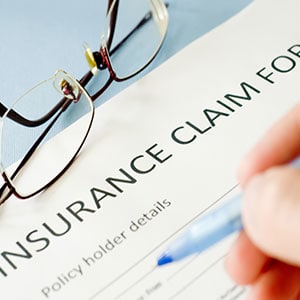 Many consumers who buy an insurance policy assume their provider will be on their side, should the need to file a claim arise. Insurance companies have a duty to act in good faith, meaning that when they issue a policy they must in good faith pay benefits if a claim is made and certain required conditions are met. Unfortunately, insurers do not always uphold their side of the bargain, and sometimes even refuse to honor a claim. Worse still, they may refuse to defend an individual.

When An Insurance Claim Is Denied

If an insurance company has denied your claim and you believe it was a faulty decision, you should get a second opinion. All too often, an insurer will deny a claim because it is counting on the likelihood that the policyholder won’t contest their denial. When that happens, the insurer may be acting incorrectly. You should seek legal counsel to understand your rights in the matter.

If you’ve been on the phone with the insurance company for hours on end and they refuse to budge—even though your claim falls under your policy coverage—it may be time to seek legal help. Insurance companies can afford to drag out claims disputes—in fact, they count on you giving up once you’ve been worn down by their refusals. If this is the case, it may be time to seek legal help to resolve a bad faith insurance dispute.

If you’ve been on the phone with the insurance company for hours on end and they refuse to budge—even though your claim legitimately falls under your policy coverage—it may be time to seek legal help.

What Is A Bad Faith Claim?

You have legal rights protected by law. Don’t let the insurance company take advantage of you. If you are experiencing problems with an insurance claim, it’s time to seek the counsel of an experienced personal injury attorney.

Damages You May Be Eligible To Receive

Depending on the severity of your injuries, you may be eligible to receive compensation for the following expenses and damages:

In many cases, you may also be awarded punitive damages, meant to punish the negligent party for their wrongdoing and to deter future negligence. Such damages are commonly available, but may, in certain instances, be appropriate.

If you believe you have received an insurance claim which is in bad faith, contact Peton Law for a free consultation to learn more about your options. This consultation is a no-pressure informational interview for us to learn the details of your case and provide advice about your best options.